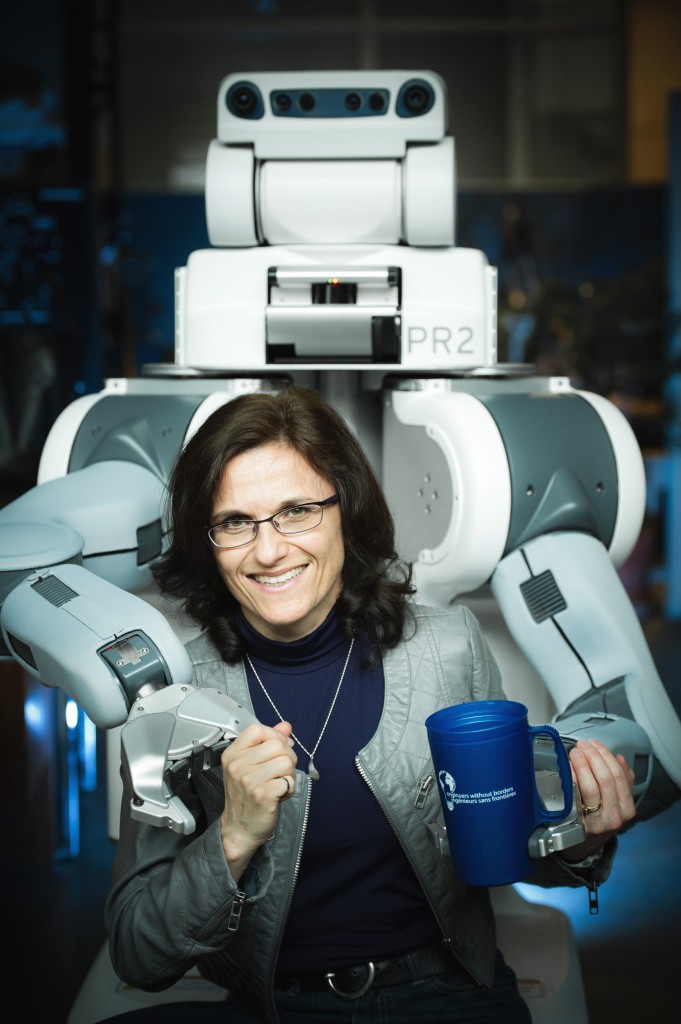 Elizabeth A. Croft, Ph.D., P.Eng., Fellow Engineers Canada, Fellow American Society of Mechanical Engineers, is a Professor of Mechanical Engineering and Associate Dean, Education and Professional Development for the Faculty of Applied Science at UBC.  She holds the NSERC Chair for Women in Science and Engineering, BC/Yukon at UBC and leads the Westcoast Women in Engineering, Science, and Technology (WWEST) program.

Elizabeth founded WWEST in order to attract, recruit, and retain women in engineering and science careers. WWEST works at national, regional, and local levels with organizations engaged in increasing the number of women in science, engineering, and technology (SET) disciplines through multilateral partnerships spanning community, academic, and private sector partners. WWEST serves as the premier hub for activity and dialogue about meaningful inclusion and increased participation of women in SET disciplines on Canada’s west coast. Elizabeth also serves as Principal Investigator for the National NSERC Chairs for Women in Science and Engineering Network and for the SSHRC partnership development project “Engendering Engineering Success” aimed at increasing the participation and retention of women in engineering careers.

As Director of the Collaborative Advanced Robotics and Intelligent Systems (CARIS) Laboratory at UBC, Elizabeth’s research investigates how robotic systems can behave, and be perceived to behave, in a safe, predictable, and helpful manner, and how people interact with and understand robotic systems. Applications of this work range from manufacturing assembly to healthcare and assistive technology. She leads a multi-institution project on robotic assistants for manufacturing (with GM Canada) and an industrial vision guided robotics project (with Hyundai Heavy Industries).

Elizabeth has been a member of the Division for Advancement of Women in Engineering and Geoscience of the Association of Professional Engineers since 1995.  She has served in many positions with this group including Co-Chair (98/99) and is currently on the Advisory Board.  She was Co-Chair of the 1998 CCWEST Conference in Vancouver.  Elizabeth has given numerous talks and educational sessions to promote women in engineering from elementary school through graduate studies, academe and industry careers.  She is the founding Faculty Advisor for the UBC Engineering Tri-mentoring program, the UBC Women in Engineering group, and recently launched the Global Engineering Leadership course series at UBC.  Elizabeth is also a member of SCWIST and IEEE.

Elizabeth is a “soccer mom” for her 3 daughters and is married to a wonderful engineer and musician.  She enjoys running, gardening and quiet beaches.