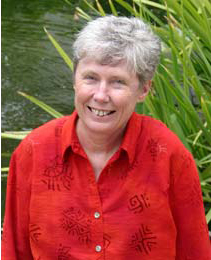 Harvey Mudd College is led by Maria Klawe, HMC’s fifth president who began her tenure in 2006. A renowned computer scientist and scholar, President Klawe is the first woman to lead the college since its founding in 1955. Prior to joining HMC, she served as dean of engineering and professor of computer science at Princeton University. During her time at Princeton, Maria led the School of Engineering and Applied Science through a strategic planning exercise that created an exciting and widely embraced vision for the school.

At Harvey Mudd College, she led a similarly ambitious strategic planning initiative, “HMC 2020: Envisioning the Future.” Maria joined Princeton from the University of British Columbia where she served as dean of science from 1998 to 2002, vice president of student and academic services from 1995 to 1998 and head of the Department of Computer Science from 1988 to 1995. Prior to UBC, Maria spent eight years with IBM Research in California, and two years at the University of Toronto. She received her Ph.D. (1977) and B.Sc. (1973) in Mathematics from the University of Alberta. Maria has made significant research contributions in several areas of mathematics and computer science including functional analysis, discrete mathematics, theoretical computer science, human-computer interactions, gender issues in information technology, and interactive-multimedia for mathematics education.

Her current research focuses on the development and use of multi-modal applications to assist people with aphasia and other cognitive impairments. Maria is a past president of the Association of Computing Machinery (ACM) in New York, chair of the Board of Trustees of the Anita Borg Institute for Women and Technology in Palo Alto, and a trustee of the Institute for Pure and Applied Mathematics in Los Angeles and the Mathematical Sciences Research Institute in Berkeley. In the past Maria has held leadership positions with the American Mathematical Society, the Computing Research Association, the Society for Industrial and Applied Mathematics, and the Canadian Mathematical Society.

Maria is one of the 10 members of the board of Microsoft Corporation, a board member of the nonprofit Math for America, a fellow of the American Academy of Arts & Sciences, and past chair of the board for the Anita Bog Institute for Women and Technology in Palo Alto, Calif. She was elected as a fellow of the Association of Computing Machinery in 1996 and as a founding fellow of the Canadian Information Processing Society in 2006. Other awards include Vancouver YMCA Women of Distinction Award in Science and Technology (1997), Wired Woman Pioneer (2001), Canadian New Media Educator of the Year (2001), BC Science Council Champion of the Year (2001), University of Alberta Distinguished Alumna (2003), Nico Habermann Award (2004), and honorary doctorates from Acadia University (2006), Dalhousie University (2005), Queen’s University (2004), the University of Waterloo (2003) and Ryerson University (2001).

Judi took on the role of CEO at CopperLeaf in August 2009. In 1995 she joined Burnaby-based Creo Inc. from MacDonald Dettwiler and Associates, beginning as a program manager and rising to become president in 2002, a position she held until Creo was acquired by Eastman Kodak for just under $1 Billion USD in 2005. As part of Eastman Kodak, Judi took on the role of general manager, workflow and prepress equipment; and vice-president of the graphic communications group. Two years later, her role was expanded to include management of a portfolio of software and start-up businesses and she was appointed a corporate officer and vice-president of Eastman Kodak and the head of Kodak Canada. She is currently a member of the Premier’s Technology Council of British Columbia and a member of the board of Acetech. Originally from Toronto, Judi and her family live in Vancouver. She holds an honours bachelor’s degree in mathematics from the University of Waterloo, and is an avid downhill skier. 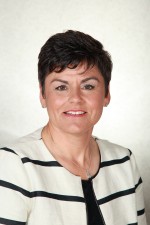 Maryse Belanger has been Director Technical Services of Goldcorp Inc since October 2009. With a market capitalization of more than $35B, Goldcorp is North America’s fastest growing senior gold producer with low-cost operations and development projects located in safe jurisdictions throughout the Americas.  Its project pipeline is robust, allowing for long-term, sustainable growth.  Goldcorp plans on developing two mines in South America in the near-future: Cerro Negro in Argentina (2012) and El Morro in Chile (2014).

Before joining Goldcorp Inc, Maryse spent 6 years with Kinross as Director Technical Services for South Americas. Her tenure included almost 4 years in Brazil and 2 years in Santiago, Chile. Her first foray in South America was in the early 1990s when she worked on some of the largest copper mines being developed in Chile at the time (Escondida, Zaldivar and El  Abra).

In 1985, Maryse completed a Bachelor Degree in Geological Engineering. She then undertook graduate studies in 1986 at the Centre de Geostastique of L’Ecole des Mines de Paris in Fontainebleau.

Maryse is fluent in English, French, Spanish and Portuguese. 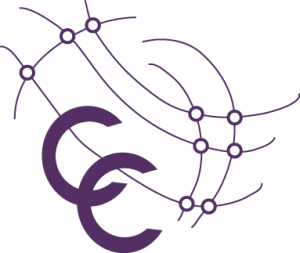