Unconscious bias refers to the assumptions and conclusions we jump to without thinking.1

An example might be assuming that an older person walking with a child is their grandparent. These biases do not indicate hostility towards certain groups; they reflect how the individual has been socialized.

Several studies demonstrate the impact unconscious bias can have on the hiring process, particularly for women. 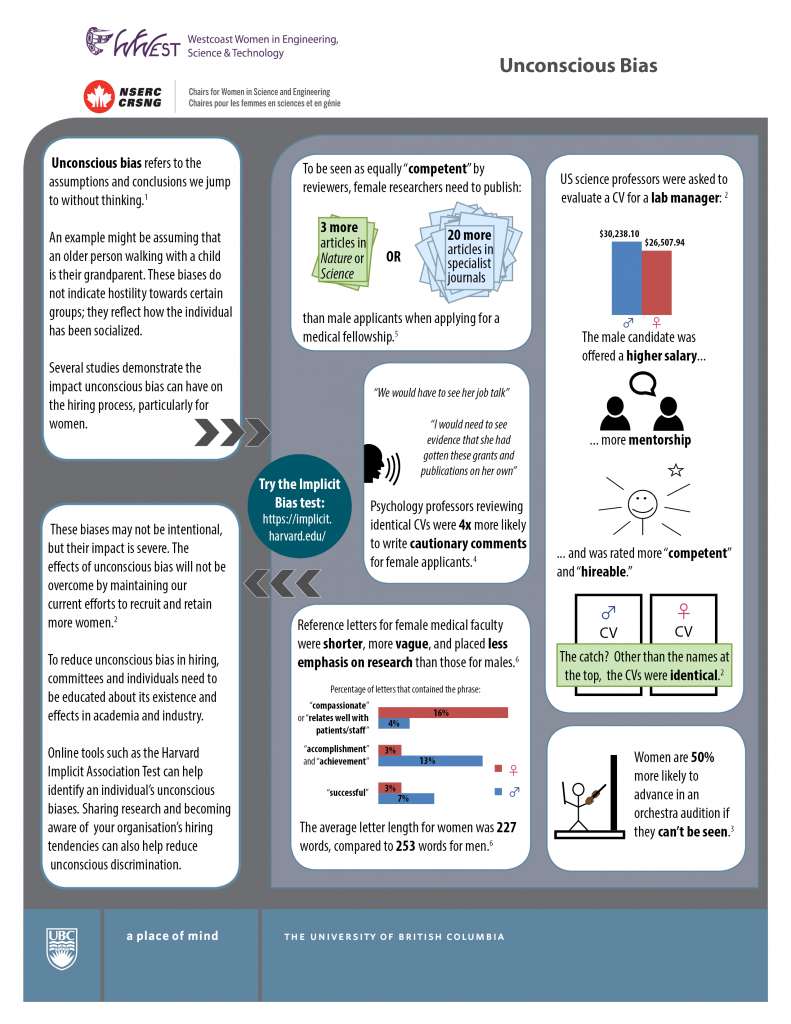 These biases may not be intentional,  but their impact is severe. The effects of unconscious bias will not be overcome by maintaining our current efforts to recruit and retain more women.2

To reduce unconscious bias in hiring, committees and individuals need to be educated about its existence and effects in academia and industry.

More resources can be found at: http://wiseli.engr.wisc.edu/

Copyright notice
Copyright ©  WWEST 2013
This material may be distributed for free, but must include WWEST’s branding.