Outspoken in her beliefs that everyone should be equal, Dr. Margaret Fulton worked to make schooling accessible and diverse. The Globe and Mail’s obituary outlines Dr. Fulton’s career path from a one-room school in rural Manitoba to president of Halifax’s Mount Saint Vincent University. For her work, Dr. Fulton received 15 honorary degrees and was […]

The San Francisco Chronicle (free content) reports on how some universities and colleges, including the University of California, Berkeley, are taking steps to create more diversity in their computer science programs. “Berkeley put more emphasis on the impact and relevance of computing in the world, and added pair exercises. Each class begins with a discussion […]

BC WEN is Hiring a Project Coordinator

The BC WEN is undertaking a three-year project to develop a labour market strategy for women in the energy sector, with a focus on Northern BC. The project will create a baseline understanding for the current role women play in the industry in the region, barriers to employment, opportunities for training and skill development, and […] 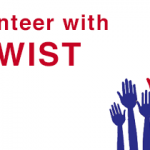 Visit the SCWIST office, meet other new-interested volunteers, and the ms infinity coordinator. When:  March 3, 6 – 7 pm Where:  SCWIST office, #311 – 525 Seymour Street, Vancouver SCWIST will provide a brief overview of the structure of their organization, a general description of each committee, and the type of volunteer opportunities available: • […]

Measure Your Success: Evaluating Your Progress When: February 26, 12:15 -1:45 pm Where: UBC Point Grey Campus, Beaty Biodiversity Research Centre (Room 224) Unsure where you stand when assessing your progress? Want to learn how to highlight your achievements and identify your strengths and weaknesses? Speaker Michelle Berner returns to help you effectively evaluate yourself! Michelle […]

Feb 21: Deadline to submit for Diversity & Inclusion: The UnConference

The Canadian Institute of Diversity and Inclusion is hosting an exciting and innovative conference called “D&I: The UnConference” this spring in four Canadian cities: Calgary, Montreal, Toronto and Vancouver. They are looking for dynamic individuals that are passionate about Diversity & Inclusion, and Human Rights & Equity, who can provide engaging, interactive experiences for those […]

This event brings together leading minds currently working to support and advance the participation of women in the skilled trades, technical and scientific professions. Presenters will identify best practices and discuss strategies for engaging women in non-traditional occupations. Participants from government, private and public sectors, as well as non-profits are welcome to attend.  There is […]

This new book from the Association for Women in Science (AWIS) addresses work/life integration and satisfaction issues faced by those in STEM careers. Although work/life satisfaction is typically regarded as a women’s issue, “Equitable Solutions for Retaining a Robust STEM Workforce: Beyond Best Practices,” finds that it is an issue that crosses gender lines. Co-authored […]

There are some interesting findings around gender and geoscience career paths in this recent report prepared by the Mining Industry Human Resources Council (MiHR) for the Prospectors & Developers Association of Canada (PDAC). “Field Experience – Women The following challenges were articulated by female respondents: The existence of pay discrepancies Lack of flexible work practices […]

A new study cites gender bias in Science, Engineering, & Technology (SET) fields as a barrier to advancement for women and cause of flight risk. “Despite the aspirations of women in SET to hold a top job at their company, a sizable proportion of SET senior leaders (31 percent in the U.S, 22 percent in […]