You are browsing the archive for May 2011.

Registration for the conference can now be found here: http://www.wwest.ca/cc/registration/ Creating Connections 2.0 is a conference that will bring together 150 women in engineering from across BC and Yukon, ranging from students to senior professionals, to UBC’s Point Grey Campus to make connections that provide support, networking, mentoring and partnerships.  The conference features 12 diverse […]

Science World is proud to present their Future Science Leaders Program for exceptional grade 10 and 11 students who are “insatiably curious, eager to challenge themselves and willing to take risks exploring new ideas and technologies” The Future Science Leaders Program aims to inspire and challenge top BC high school students (Grade 10 and 11), […]

Ever Wonder about the Economic Value of your bachelor degree?

A NEW REPORT ON THE ECONOMIC VALUE OF 171 COLLEGE MAJORS A report from Georgetown University based on US Census data found 8/10 of the best paid majors are Engineering disciplines.The other two in the Top 10 are Math and Computer Science and Pharmaceutical Science. Read more here: What It’s Worth – Georgetown University Report […]

If you will be a full-time junior at an accredited college or university in the United States or Canada for the 2011-2012 academic year, Glamour wants to hear from you. They are looking for dynamic young women with leadership experience, excellent grades and inspiring goals to enter Glamour’s 2012 Top 10 College Women Competition. They […]

A research team at UBC is interested in studying grad students’ experiences in science and engineering.  They are looking for volunteers to complete a study that will start this semester. If you agree to participate, you will be given a series of questionnaires about graduate studies in science at UBC. You also might be asked […] 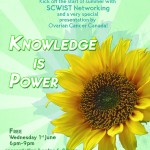 The Society for Canadian Women in Science and Technology (SCWIST) invites you to kick off the summer with a free informative event: Knowledge is Power, presented by Ovarian Cancer Canada. Each year, approximately 2600 women are diagnosed with ovarian cancer in Canada, and 1750 will not survive.  Arm yourself with knowledge: learn about on the […] 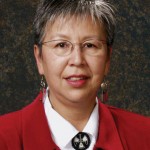 Photo by Martin Dee His Excellency the Right Honourable David Johnston, Governor General of Canada visited the University of British Columbia on Thursday, May 12, 2011. CARIS Lab director Elizabeth Croft (top right) participated in a  round-table discussion on innovation in Canada with the Governor General,  presenting  the innovative and interdisciplinary research work in the […]

Opportunities To Participate In A Survey On Women In Mining

The BC Mining Labour Shortage Task Force is conducting a survey for employed women, to hear their perspectives of the mining industry. All women employed in BC’s Exploration and Mining Industry are invited to participate in an anonymous, 15 minute survey: http://app.fluidsurveys.com/s/employedwomeninminingbc/ The survey runs until June 17, 2011 Women who complete the survey are […]