You are browsing the archive for October 2012. 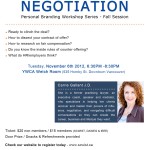 Scholarships for Women in Engineering

Author Anna Stukas,manager of intellectual property and regulations at BIC Inc, part of the BIC Group, received her Bachelor’s Degree in Mechanical Engineering (Co-op, with Distinction) from the University of Victoria. “It wasn’t until my first industry meeting that it started to dawn on me that perhaps there was something “odd” about my choice of profession. […]

The newspaper 24 Hours annually profiles students who excel in volunteer work, entrepreneurial spirit or technological innovation. Eleanor Li : In addition to her major as a biomedical engineer, Li serves as president of the SFU Women in Engineering Group (WEG), and is the owner of Onana Knitted Accessories. Eleanor was also recognized as Co-op […]

Rosalind Franklin Fellowships at the Faculty of Mathematics and Natural Sciences

To promote the advancement of talented international researchers at the highest levels of the institution, the University of Groningen has initiated the prestigious Rosalind Franklin Fellowship programme. The ambitious programme has been running since 2007 and financed thus far over sixty fellowships. The Rosalind Franklin Fellowship programme is primarily directed at ambitious women in academia, […]

Article: Why Bias Holds Women Back

Author Meg Urry, chairwoman of the department of physics at Yale University, gives her views regarding the study on implicit bias against women in science, as highlighted earlier this week in the NYT “When I was a young scientist, the dearth of female colleagues bothered me. So did the general lack of concern this raised in the […]

Oct 11 : International Day of the Girl

The United Nations has declared October 11, 2012 as the world’s first International Day of the Girl Child. Canada has led the international community in adopting this day, along with the support of Plan Canada.  This day will make a difference in the lives of girls and young women as citizens and as powerful voices […]

Mycology Tour in Pacific Spirit Park Saturday October 20th, 10 a.m. – 12 p.m. Want to learn more about fungi? Now is the perfect time to get outside and learn something about our local forests before the rains come in to stay. Terry Taylor, formerly from the Science and Technology Division of the Vancouver Public […]

COWPOWER – BAKERVIEW ECODIARY TOUR The Cowpower team is delighted to invite you to attend an exclusive free tour of the Bakerview EcoDairy – Locally operated in Abbotsford, BC.  A unique chance to learn more about anaerobic digestion on BC Farms and how it is linked with  local sustainable agriculture, environmental sustainability, renewable electricity production, […]