The Canadian Institute of Mining, Metallurgy and Petroleum (CIM) 2014 Convention runs from May 11 – 14 in Vancouver. The half-day workshop “A Global Mindset” will be held on May 11, 1 – 4:30 pm.  It will provide a basic introduction to global competency skills and communication strategies to effectively engage in cross-cultural interactions. The geography of knowledge has […] 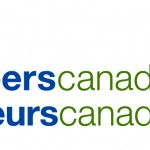