Report: Career Choices and Influencers in Science, Technology, Engineering and Math: an analysis in the Maritime Provinces

Dr. Tamara Franz-Odendaal, Department of Biology and NSERC Chair Women in Science and Engineering, (Atlantic Region), Mount Saint Vincent University, and her research team have completed the first phase of their five year study. Their objectives were to understand (i) the attitudes of grade 7-12 students in Atlantic Canada towards STEM subjects; (ii) their engagement […]

Article: Women in Astronomy – My successful experience with sexual harassment

A regular reader of the Women in Astronomy Blog has written an anonymous guest post about her experience with sexual harassment. What worked for her, might not work for everyone.  If you are being sexually harassed, please contact the sexual harassment officer at your institution for guidance on your particular situation. “In light of some recent […]

DAWEG, in partnership with WIE(VR), Women in Engineering (Vancouver Region), will be hosting a Speaker and Networking Event to mark International Women’s Day on March 8, 2014. Entrepreneurship – Start-up Lessons Learned Hear from one woman who went from being an engineering student to navigating the start-up world, and learned some of the ins and […]

What do YOU want to BE when you finish school? Green Bricks is very pleased to offer to grades 10-12 students FREE participation in the Green Collar Futures Career Conference on Saturday February 15, 2014 at the Hilton Metrotown, Burnaby. The “green economy” is changing the face of the workplace in BC and around the […]

This Business in Vancouver article reports that “All TSX-listed companies must disclose annual targets for the number of women they want in executive and board positions, under a proposal released January 16 by the Ontario Securities Commission (OSC)”. “Our proposed amendments are intended to encourage more effective boards and better corporate decision making, which will […]

Mar 3: Deadline for applications for Minerva’s Learning to Lead

The Minerva Foundation’s Learning to Lead™ BC Program is an annual weekend program held at UBC.  This year’s event takes place on May 23-25 and provides girls and emerging women leaders, including graduate students, with the opportunity to be mentored by accomplished women leaders in business, government and the community. Twenty-four Grade 11 students, 24 emerging […]

“Girls are almost three times more likely to consider careers in science, math and engineering if they participate in science fairs and summer camps – particularly in the early grades – according to a new Canadian report.” This recent Globe and Mail article reports on Prof. Tamara Franz-Odendaal’s survey results for about 600 students in Grades 7 […]

Jan 31: Deadline for Nominations for the 2014 LifeSciences British Columbia Awards 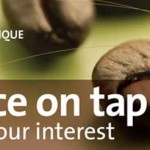 Feb 6: Cafe Scientifique: Getting to the HEART of Preventing Cardiovascular Diseases

By attending this interactive discussion you will learn about ways to decrease the risks of heart disease and stroke. When: February 6, 6:00 – 8:00 pm Where: The Wicklow Pub, 610 Stamps Landing, Vancouver Cost:  The event is free, but please register here Dr. Gordon Francis will present his research on the mechanisms that stimulate the formation of […]