You are browsing the archive for March 2013.

May 13: Symposium for Women Entering Ecology and Evolution Today (SWEEET) 2013

WWEST is pleased to announce the start to registaration for the All- Girls Science Club at the Yukon College : ““Now in grade 8, Marika is excited and confident about science and sees it as her strongest subject. I have been so impressed and grateful that this program was here for my girl and so […]

The YWCA High School Mentorship Program is excited to present the 5th Annual Green Choice Career forum on April 12th, 2013 (from 4:30-7:00pm)! This BC Hydro sponsored event provides girls in grades 9-12 from all across the Lower Mainland, with an opportunity to learn about careers in sustainability. At this event, girls will have an […]

Participate in the 14th Annual PMC Science Fair Fun Run! This is one of the largest timed 5k Fun Runs in Vancouver, one of the largest fundraising events in BC’s technology sector, and a major event in Vancouver. Registering gets you a free technical running shirt, admission to the TELUS World of Science and a […] 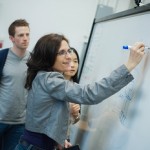