You are browsing the archive for July 2014.

WWEST will be presenting a Marketing fo Social Media workshop on Sept 15 at UBC for all applicants for WWEST Partners, as well as past Partners. Please RVSP by Sept 5 by emailing wwest@mech.ubc.ca! If you are applying to be a WWEST Partner, remember to send in your application form by Sept 15!

Sept 9: Who’s in charge: Why aren’t there more women in leadership roles?

UBC Dialogues: Vancouver will be hosting a panel and discussion about the causes of gender imbalance in senior ledership positions. Profiles of the esteemed panelists and more details about the discussion can be found here. The event will take place on: Tuesday, September 9, 2014 6:30-9:00pm Vancouver Marriott Pinnacle Downtown 1128 West Hastings Street Vancouver, […] 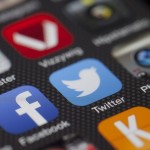 Aug 29: Deadline to apply for E-Series North – Empowering Entrepreneurship in Northern BC

The Forum for Women Entrepreneurs (FWE) is hosting a one day workshop about economic opportunities for female entrepreneurs in northern BC, followed by a reception. It will take place on Oct 15, 2014 at the Ramada Hotel Downtown, Prince George, BC. Applications to attend the workshop are due on Aug 29, 2014. For more information […]

Registration is now open for the International Conference on Women’s Education for Sustainable Human Development (ICWESD)! The conference will take place in Winnipeg, Manitoba on October 16-17, 2014. Early bird registration is available until Sept 24, and there is also a discounted price for students. For more information and to register, click here.

The SCWIST Mentorship Project is part of the Government of Canada’s Status of Women Initiative to develop methods to attract and retain women in technology, and advance the Canadian digital economy. The SCWIST Mentorship Project will provide mentoring support, networking connections, professional development and leadership opportunities to help women reach their full potential in the […]

A recent study has found that ethnic minority or female leaders who show diversity-valuing behavior are seen as performing worse than their equally diversity-valuing white or male counterparts. It follows that ethnic minority and female leaders who do not show that they value diversity increase their chances of moving up the corporate ladder. Click here […]

WWEST has successfully partnered with five different organizations for co-branding on our white papers! Most of them have co-branded all seven white papers. For more information about co-branding with WWEST, click here.

BC Women in Energy Network (BC WEN) will be hosting a tour of the Ashlu Creek small hydro project, providing an up-close look at run-of-river hydro operations. The tour will take place on September 18 from 9:00am to 12:00pm. For more information and to buy tickets, click here.

WWEST’s partner, GIRLsmarts was featured in this article which discusses the lack of women in tech industries and how to increase girls’ interest in these industries. GIRLsmarts is a collaborative effort between SAP Labs and the University of British Columbia aimed at getting seventh grade girls excited about science and technology.