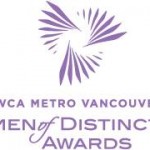 Celebrate 2014!  Kick off the year with a YWCA Women of Distinction Awards Nomination. You are invited to register for YWCA’s free Nomination Information Session, to recognize an inspiring woman or organization whose outstanding achievements contribute to the well-being and future of our communities. When:  Tuesday, January 14, 5:30 pm Where:  YWCA Metro Vancouver, 535 Hornby […]

Jan 16: Understanding the Nuts and BONES of Osteoporosis

“Fractures from osteoporosis are more common than heart attack, stroke and breast cancer combined. At least 1 in 3 women and 1 in 5 men will suffer from osteoporotic fracture during their lifetime” – Osteoporosis Canada. When: January 16th, 6:00 – 8:00 pm Where: The Wicklow Pub, 610 Stamps Landing, Vancouver This free event (please register here) […]

4imprint (a promotional products company) has the One by One® program as their way of giving back. Each business day 4imprint gives a worthy organization $500 in promotional products to spread the word, recruit volunteers, thank donors, offer comfort to someone in need, or in some other way turn one thing into something much more.  If […]

Jan 28: Learning to Ask: A Negotiating Training Workshop for Women

Lilith Professional (a professional development company) will be offering “Learning to Ask: A Negotiation Training Workshop for Women” in Vancouver on January 28, and in Calgary on January 29. From Lilith Professional: Sara Laschever, noted author, speaker, and international authority on women and negotiating, and practice negotiation strategies will be leading two, half day workshops […] 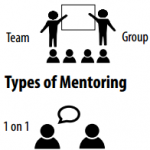